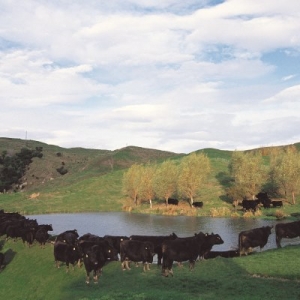 BEEF + LAMB New Zealand (B+LNZ) is joining forces with the Federation of Maori Authorities (FoMA) to ramp up support for Maori sheep and beef farmers.

FoMA and B+LNZ are creating two new joint roles. Anaru Smiler and William McMillan have been appointed Kaiarahi Ahuwhenua sheep & beef, operating jointly for FoMA and B+LNZ. The positions will be responsible for delivering tools and services to support Maori sheep and beef farmers.

B+LNZ chief executive Dr Scott Champion says the organisation has worked closely with FoMA to develop the new positions and they will be a key part of supporting the development of more productive and profitable Maori-owned sheep and beef farms.

"Maori ownership of the pastoral sector is large, with nearly 20% of New Zealand land in Maori ownership – and a large proportion of this is running sheep and beef. We are looking to support Maori-owned sheep and beef farming businesses more effectively than we have done in the past."

FoMA chief executive Te Horipo Karaitiana says the appointment of Smiler and McMillan is a significant gain for the Federation, as the bulk of its membership is involved in the primary sector and, more specifically, pastoral farming.

"Not only does the appointment of William and Anaru bring substantive agribusiness capacity, it adds to an impressive team that will allow us to provide a far wider range of highly effective programmes designed specifically for the needs of Maori-owned sheep and beef farming businesses."

McMillan is a well-known and respected agri-business consultant who has both a PhD in animal science (sheep) from Massey University and an MBA from Waikato University.

Smiler was most recently senior analyst – special projects and coordination at the Ministry for Primary Industries, where his main responsibility was developing and implementing the Maori agribusiness programme.

Tough year for sheep and beef if dollar stays high

A range of factors including currency fluctuations, a weak and volatile outlook for lamb and wool, plus the impact of drought and facial eczema, will impact on sheep and beef farmer profitability this season.

New Zealand is dismal at telling its story to consumers in international markets and needs to emphasise the unique Maori dimension, says the Merino NZ chief executive and boot-camp leader John Brackenridge.

The Federation of Maori Authorities (FoMA) has come out in strong support of the new Trans Pacific Partnership (TPP) agreement.

Maori business leader Traci Houpapa has been appointed chair of Landcorp Farming. She has acted in the position since May last year.