Call for more transparency on TPP 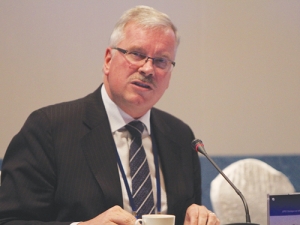 A trade analyst is calling for greater transparency in the Trans Pacific Partnership (TPP) negotiations.

New Zealand International Business Forum executive director Stephen Jacobi wants the Government to make available more background information on the TPP “such as plain language descriptions of what are under negotiation and the processes involved.  I can’t help thinking this would help inform a more productive public debate,” he says.

However, Jacobi told the NZ Primary Industry Summit that a trade deal would not be signed without public consultation.

He noted that like any international treaty the TPP negotiations are conducted behind closed doors “because there are sensitive economic and commercial issues under negotiation and a more open process would inevitably lead to sector interests seeking to undermine the negotiation”.

“This also makes it difficult to release the text prior to the conclusion of the negotiations. In New Zealand the established practice for all treaties is that the text is concluded and signed by the Government.”

“So, TPP will not be thrust upon us in secret or without prior discussion.”

Major stumbling blocks are Japan, the US and Canada’s strong stance on agricultural tariffs. New Zealand dairy and meat products face substantial tariffs in Canada, Japan and the US.

TPP talks have been on hold while the US Congress decides whether it will authorise President Obama to conclude the negotiations. Any deal without the fast track approval means the Congress could then unpick any agreement.

Jacobi is hesitant to predict where TPP might head in coming months. And the uncertainty is already forcing some of the countries to depart from consensus, he says.

“Australia and Japan, for example, concluded a bilateral FTA that sets a low benchmark for liberalisation and the US and Japan may well have agreed, although we don’t know for sure, that some tariffs will continue to remain.

“A TPP has been around for some time; even the so-called ‘end game’ has been with us for quite a while.”