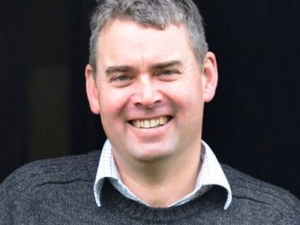 An extra half cent will make a huge difference for wool growers.

That's the view of Renata Apatu, a major wool grower and trustee of the International Campaign for Wool. The campaign is set up to promote wool internationally and is headed by Prince Charles. Other countries participating include UK and Australia.

At present, New Zealand wool growers pay a voluntary levy of 0.5c/kg of wool, but Renata Apatu, one of the owners of Ngamatea Station in the central North Island, says he's going to pay 1.0c/kg and is urging other wool growers to do likewise. On Ngamatea, on average, they shear 50,000 sheep and produce some 170,000kg of greasy wool each year.

Currently about $500,000 is raised by the 0.5c voluntary levy, of which two thirds is sent to the international body in UK to promote wool to markets overseas.

"In NZ we also have a couple of really smart domestic campaigns, such as wool in schools in which a mobile display shows the attributes of wool and lets young people touch wool and see some of the great products made from this natural fibre," Apatu explains. "At Ngamatea Station we recently hosted a very successful weekend for young architects and designers to make them aware of what wool has to offer. We have very little money for such projects but we do our best with the little we have."

Apatu says they could do a lot more domestic flag waving, but he reckons it doesn't help NZ growers because at least 90% of our wool goes offshore.

Hawkes Bay wool broker Philippa Wright, who is also a trustee for the Campaign for Wool, says NZ collects $500,000 by way of the levy now, but of that $360,000 goes to the global fund. Now a new problem is looming because of the NZ$ exchange rate, she says.

"Because the international levy is based on pounds sterling NZ will have to pay an extra $50,000 next year to meet its obligations to the international campaign. That combined with the drop in sheep numbers means we will have very little – if any – to spend on domestic awareness programmes apart from what we get from sponsors."

Though Wright has not spoken to clients about paying more in line with Renata Apatau's decision, she believes growers in the past have noted how little they are paying.

"It's not like we are asking for a lot and we are definitely going to be down on the money we can spend at home because of the exchange rate and because of sheep numbers being down. We are getting to the stage when we won't be able to have any projects at all in the coming year unless we get extra funding," she says.

Wright says the present levy means a woolgrower producing 100 bales of wool is paying about $120 a year to the Campaign for Wool.