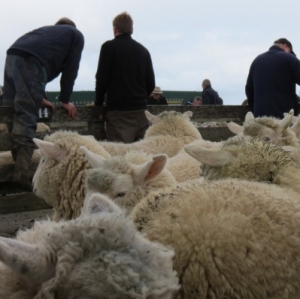 The highest price was reached on Wednesday with a Texel ram sold for $13,000 by Sam & Viki Holland of Culverden to DC & CM Graham of Hinton. Thursday's highest sale price was $6,800 for a Southdown ram sold by R & J Gill of Takaka to DG Somerville of Wyndham.

Stock agents commented that while total sales and clearance rates were lower than in previous years this was systematic of the general mood in New Zealand.

"It is hard to follow up on last year which was a good year for commercial ram sales. The drop in farmers requiring rams is resulting in a reduction in sales. Throughout New Zealand it is more difficult to sell commercial flock rams than it was a decade ago," says PGG Wrightson NZ livestock genetics manager Bruce Orr.