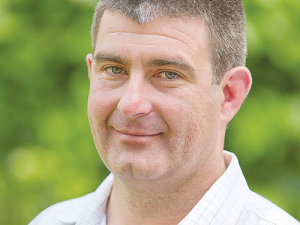 IrrigationNZ says a recent expert discussion document on drought and climate change highlights the future national planning to improve water storage and the urgent need to look at options to mitigate the effects of more severe droughts forecast.

NIWA projections included in the discussion document indicate that droughts are expected to become more severe in most areas and more frequent and severe in already drought prone regions.

The economic impacts of droughts in New Zealand were estimated at $720 million from 2007 to 2017 in a 2018 report for Treasury – with estimated costs significantly higher for drought than for flood related insurance claims over the same period.

“More frequent droughts and more variable rainfall will affect both urban and rural communities and will mean that we will need to rethink how we manage water in the future.

For example, with less rainfall forecast over summer in western areas of New Zealand, there will be more demand for water storage from both councils and farmers to provide a reliable water supply,” says IrrigationNZ Chief Executive Andrew Curtis.

“To adequately prepare for the future New Zealand needs to capture more of its plentiful water from rain and ice melt. Hopefully the issues highlighted in this document will lead to action to avoid our regions being crippled from future droughts,” says Curtis.

The document highlights that having been historically ‘water-rich’, New Zealand is not well-prepared to cope with a future that will involve more droughts in many areas. The report points out that: “much of our irrigation in drier areas is on a run-of-river basis, a model extremely vulnerable to drought given environmental obligations. New Zealand’s dependence on agricultural exports and urban reservoirs may yet be a recipe for drought vulnerability. Changing drought risk will have an impact on our society in many ways including on water supply, wastewater, stormwater and primary production among others.”

“It’s positive that the government is looking at how water services will be delivered in the future,” says Curtis. “The next step is to develop a national approach to plan for improved water storage for both urban and rural communities.”

“Local and regional water storage infrastructure can be expensive to design and construct but the need for this investment will become more critical in the future. We will also need new infrastructure in regions where this hasn’t previously been required as rainfall and river flows change.”

Curtis says that the recent decision by Tasman District Council to proceed with constructing a new dam to supply residents, businesses and growers with water, is the kind of investment that will increasingly be needed in the future.

The recently completed Central Plains Water scheme is another example of a project which is designed to help mitigate the impacts of future droughts.

Curtis says that improving water use efficiency will also continue to be a priority.