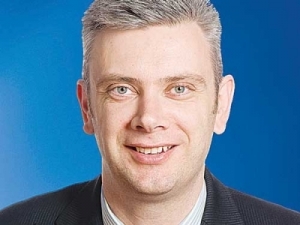 KPMG's global head of agribusiness, Ian Proudfoot says connectivity in rural areas needs to be the same as in urban areas.

"Rural broadband is transformative. It unleashes a huge opportunity to grow the prosperity of NZ," he explains.

"In the cities broadband is still accelerating the speed at which people can download movies or access entertainment, but that doesn't drive economic growth in NZ. Fast connectivity in rural areas will do this and it's a game-changer."

While the Agribusiness Agenda praises the amount of money the Government puts into science funding, it slams the bureaucracy for the way it runs this funding.

After 10 years of this criticism it appears no one has done anything to streamline the funding, Proudfoot says.

Costly, time consuming bidding for contestable funds is a bureaucratic overkill, doubt lurks about whether the right science projects are being funded and a feeling persists that market-led research is being overlooked. Asked if the system is effective, Proudfoot says a resounding "no!"

The report says this 'fourth industrial revolution' demands unpalatable decisions and awkward discussion to enable NZ to retain its place in global markets. Some NZ products may no longer be the best for our markets.

We need a forum where conversations on difficult topics – genetic modification, intensive farming, water and land use – are discussed. Proudfoot suggests creating an independent 'NZ Commission' tasked with facilitating such discussion.

"We are facing big issues that will define what the future for NZ is in 50-80 years; the biggest is genetic modification. The perception is that we haven't defined GM in the same way as the rest of the world, and as a consequence we are hobbling ourselves in competitiveness."

Without a rational conversation on such difficult topics, the issues will continue to fester, he says.

A new energiser from Datamars Speedrite range claims to be the first “smart” electric fence unit, alongside an output of 46 joules.