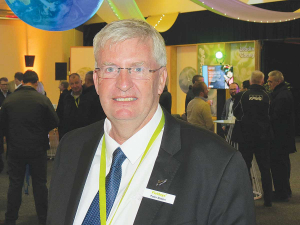 Fieldays chief executive Peter Nation claims the organisation is holding onto exhibitors’ money to stabilise its business and create a framework for moving forward.

It is also currently hanging on to the site fees paid by exhibitors at the start of the year.

Many exhibitors, who have approached Rural News, report business has reduced to a trickle since the implementation of the Level 4 lockdown and they are struggling with cashflow. They say they need the refund of their site fees. They claim it is unfair to have paid for an event that is not going to take place when it was scheduled – if at all.

NZNFS says it is holding onto the money to stabilise its own business.

“The ramifications of seeing National Fieldays disappearing will have a profound effect on the greater agricultural industry, but also those who form a key part of the event,” chief executive Peter Nation told Rural News.

“There could be job losses over a wide arena – such as marquee hire companies, stand fitters, caterers and many other service providers.”

This same problem is facing many other NZ businesses and raises questions about whether it is morally right for NZNFS to hold onto its customers’ money.

Even if the Level-4 lockdown is eased in the coming weeks, lesser restrictions – even when lowered to Level 1 – still forbid the gatherings of more than 500 people. This will mean that Fieldays this year is effectively not postponed, but in fact cancelled.

NZNFS say it is reviewing the situation on a three-monthly basis and looking at the possibility of rescheduling the event for later in the year. However, if the delay pushes the event into spring, farmers will be in the midst of calving or lambing, and unlikely to attend. If it is held even later in the year it would clash with harvesting operations.

The NZNFS position contrasts poorly with that of the Central District Field Days (CD), who at one week’s notice cancelled the event and immediately refunded 100% of the site fees paid by exhibitors. This move generated much positive PR for CD and a huge sigh of relief from its exhibitors.

As Rural News went to press, the NZNFS stance was that it will review the possibility of holding the event before the end of the year and if this should not happen, it will consider a refund.

Interestingly, by that point it is likely site fees for the 2021 event will be due.

While the exact financial position of National Fieldays is unknown, it’s safe to assume that the pre-paid site fees for the 2020 event will run into many millions of dollars. The organisation has already received a payment in excess of $161,000 for 23 employees under the Government’s wage subsidy programme.

When asked directly by Rural News if the organisation will refund exhibitors who have already paid a spokesperson for Fieldays replied:

“We are currently working with exhibitors individually to assess what they wish to achieve of exhibiting either in Fieldays Online and/or a future event and will then work through the process of a refund if it is required.”