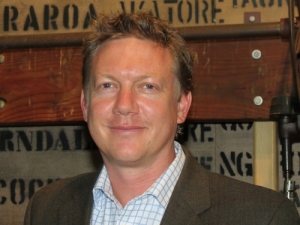 Landcorp Chief executive Steven Carden says its further development of dairy farms in the central North Island is under review.

He says since he became chief executive he’s been aware of the risks dairying poses to Landcorp’s balance sheet.

Landcorp had initially planned to develop 35 dairy farms in the region in partnership with private company Wairakei Pastoral, but has so far done only 13. Contrary to popular belief, Carden says they are not committed solely to developing dairy farms.

“What we are committed to is developing land for pastoral purposes and it doesn’t have to be dairy,” he told Rural News.

“We are looking broadly at other options such as sheep, beef cropping options and dairy support. We are having an expansive look at what we can do and Wairakei Pastoral is amenable to alternative ideas.”

Carden says Landcorp is committed overall to a long term outlook in its operating environment rather than short term riskier gains. He says the company runs a conservative balance sheet with a low debt-equity ratio.