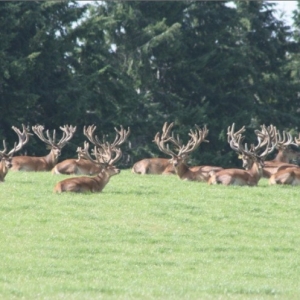 South Korea consumes around 60% of New Zealand's deer velvet antler production. Frozen deer velvet, which accounts for about 75% of New Zealand's $20 million velvet exports to Korea, has been completely excluded under the terms of the agreement. Processed (dried) deer velvet has been included in the FTA, but the phase-out period for the existing 20% tariff is 15 years, in-line with the US Korea FTA.

"While the inclusion of processed velvet will be helpful for our struggling processers over the longer term, the drawn-out reduction in the tariff could be too little, too late for some," says Deer Industry New Zealand (DINZ) chair, Andy Macfarlane.

He says DINZ and New Zealand exporters have worked tirelessly in Korea over a number of years to build markets for New Zealand deer velvet antler and foster good relationships with the Korean deer industry.

"Korean deer farmers and velvet processors appreciate the benefits of collaborating with New Zealand producers to develop the market for their products and appeared generally supportive of an FTA with New Zealand," says Macfarlane. "We are simply at a loss as to why frozen velvet has been excluded. Although this FTA was imperative for some industries, it clearly falls short of the comprehensive trade agreements that NZ has negotiated previously. In future negotiations we will have to live with the precedent that has been created."

Macfarlane says he did, however, acknowledge the overall benefits of the FTA for New Zealand. "For the deer sector, this is much less than what we had thought was possible, but we do recognise that this deal will deliver benefits for the wider primary sector and for the New Zealand economy generally."

While the agreement hasn't left the deer velvet sector in a worse position than it had been, it will inhibit the growth of a more direct export trade to Korea for frozen velvet, which would have enabled a closer connection between producer and customer, he says.

"Large food companies in Korea were looking at New Zealand frozen deer velvet as an ingredient in new health products and its exclusion from the FTA will hinder those opportunities."