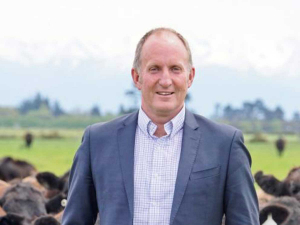 BLNZ chair Andrew Morrison says the board stood by its decision to include the director fee resolution at the meeting despite it being rejected by farmers.

A controversial move to increase the director fees was voted down by farmers at Beef + Lamb NZ’s annual meeting in Invercargill, last week.

Levypayers were also concerned at the board’s sudden disestablishment of the Directors Independent Remuneration Committee (DIRC), set up in 2016 as an independent body to recommend any changes in director remuneration. The establishment of the DIRC was seen as a sound move and in line with how many other farmer-owned organisations operate – including Dairy NZ and Fonterra.

Chairman Andrew Morrison told Rural News the DIRC was disestablished primarily because both BLNZ and New Zealand Meat Board (NZMB) directors – basically the same people – agreed that the best approach in future was for the boards to actively take ownership of remuneration recommendations.

“The board has to make a final call on this, so we felt the extra layer [the DIRC] was adding complexity to a market-informed process.”

Rural News also uncovered that management consultants Mitchell Notley and Associates (MNA) had been hired by the BLNZ board to prepare a report on director remuneration. The MNA report suggested a substantial increase in Meat Board director fees and also a lift in BLNZ director payments.

This was then put forward in the board’s failed resolution at the annual meeting to substantially increase director payments.

“We stand by our decision to include the director fee resolution following the thorough review of NZMB’s director fees undertaken in 2020, which was independently reviewed by Mitchell Notley & Associates Ltd,” Morrison said in a statement.

“The final decision was always in the hands of voters and the ‘no’ vote shows we need to do more work to convey the increasing complexity of the NZMB’s role and the environment it operates in, and how this relates to director remuneration.”