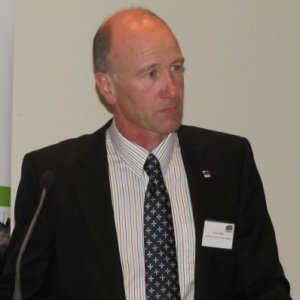 Recent releases by Statistics New Zealand point to a bumper export performance led by our farm system, largely due to a wetter summer which allowed many regions to increase productivity. However, some dark clouds are gathering.

"New Zealand's big six agricultural exports have grown in export value by an amazing $2.6 billion over the past year," says Bruce Wills, Federated Farmers president and its economics and commerce spokesperson.

"Despite the occasional weather bomb, such as the weekend's storm, wrecking havoc, the summer of 2012 may go down as the dismal summer that boosted the economy.

"The increased value of dairy, meat, wood, fruit, fish and wine exports this season is more than all the revenue generated by Telecom.

"In December, Fonterra was packing an export container every 2.7 minutes. Because January and February were mild and damp in most regions, we can expect record numbers given milk production was up around 10% on 2010/11.

"Wool has also increased its export receipts by 29.6% over last year. The $818 million it generated in the year to January 2012 is an increase of $187 million. While we know meat production volumes are down, its value is up.

"However, there are dark clouds on the horizon.

"There are growing tensions in the Middle East as well as economic woes in Europe; the two could collide nastily.

"Most economic forecasts expect commodity prices will ease over 2012, with particular pressure on meat.

"The dismal summer proves the value of water. Without guaranteed access to water, increased production rests in the lap of the gods.

"While Federated Farmers has achieved significant policy success in getting water storage and rural broadband on the table, there's still much to be done.

"It also should be noted, that while February's cool, wet weather has benefitted many farmers, it has not helped Canterbury's arable farmers with harvesting. The dry summer in Southland and Otago also means there is a prospect of winter feed shortages unless the region has a benign autumn.

"We still hope the Kiwi dollar will remain in line with the fall in commodity prices, but so far there hasn't been much evidence of this in 2012. If it doesn't dip as it should, we could face some big challenges," Wills says.