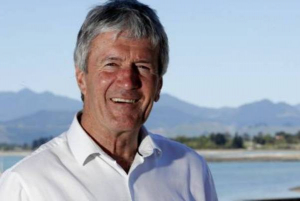 Minister for Agriculture and Rural Communities Damien O’Connor has extended classification to the drought-hit Grey and Buller districts of the South Island’s West Coast.

These are the first South Island additions to the medium-scale event, which was announced for regions of the lower North Island just before Christmas.

“While last week’s rainstorm left parts of coastal New Zealand drenched, the famously wet West Coast has been struggling through an unusually hot, dry start to summer and missed out on the much-needed rain,” says O’Connor.

“We are keeping a watching brief on neighbouring areas, including Murchison, which have also missed out on the rain.

“On the back of an extremely wet winter that left many farmers unable to grow pasture or crops for spring, the early and unusual dry start to summer turned West Coast pastures from swamp to concrete.

“It was agreed that while farmers needed to plan for the worst, there was hope that the forecast rainstorms could break the drought before central government assistance became necessary. However, the Grey and Buller districts now meet the criteria for a medium-scale event.”

The classification gives the local Rural Support Trust and other recovery organisations a funding boost of up to $50,000 to help serve their communities, including organising local events and arranging recovery facilitators who work one-to-one with farmers. The classification lasts for six months unless things change substantially beforehand.

Other usual recovery measures, which may include tax flexibility and income assistance options, will be made available where appropriate.