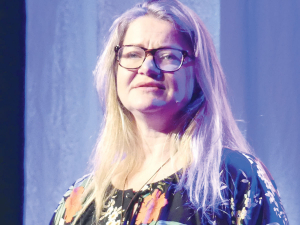 Cheese without the cow, synthetic meat, robotics and gene editing were among the topics discussed at the inaugural Grow 2019 Agri Summit last week in Christchurch.

The conference aims to help the country’s food and fibre sector become more innovative, sustainable and profitable in a world of rapid change.

Opening the two-day event, Agriculture Minister Damien O’Connor said he hoped it would provide thought, provocation and challenge to the attendees “because to carry on doing what we’ve done in the past and think it will carry us into the future is both naive and stupid and potentially disastrous for our country”.

In spite of our efforts since the 1980s to talk diversification, we still rely and depend on the primary sectors to create wealth, he said.

O’Connor says the Government’s ‘Trade For All’ agenda, launched last August, is aimed at ensuring every New Zealander understands the value of trade and selling the primary sector’s products.

“Consumers around the world will want to know more about your products and will be expecting us to be able to prove each part of our supply chain and our production system is the very best in the world. Because we will be asking them for more money.”

Singling out Zespri, O’Connor said he applauds the horticultural sector for showing the value of consumer-oriented packaging at orchard level and better understanding the requirements of their orchard system, processing and marketing.

“We have to replicate that right out across our economy, in all areas of the primary sector, and I believe we can do it.”

O’Connor said he is, as minister, doing his best to help the sector.

“We might not always agree, but be assured that we want the best for you and for every NZer to make this place a better country.”

The Grow 2019 Agri Summit was organised by Boma, a new international group with the stated aim of “supporting business leaders, politicians, educators, entrepreneurs, young people, and change-makers to navigate our rapidly changing world, helping create a better, more sustainable, and human-centered future for us all”.

Also supported by MPI, it was the first large-scale event for Boma anywhere in the world and was billed as NZ’s biggest agrifood summit with at least 30 speakers and 600 attendees.

The co-founder of Boma Global and chief executive of Boma New Zealand, Kaila Colbin, told the conference it is about disruptive technologies such as artificial intelligence, robotics, nanotechnology and biotechnology.

“When we’re talking about the primary sector they include things like autonomous tractors, satellite imagery for precision agriculture, and vertical farming, which a recent study projects is going to grow at a compound annual rate of 24% over the next six years, resulting in an industry worth $3 billion by 2024.”

She noted that Impossible Burger, an American synthetic meat developer, has recently signed a partnership to supply Burger King.

Colbin says there is “a convergence of all the vectors of change coming our way” including technological, climate, political, economic and social.

“All these vectors of change are converging to create a future that’s highly uncertain and ambiguous and we need to be more intentional and intelligent about the future we’re creating.”