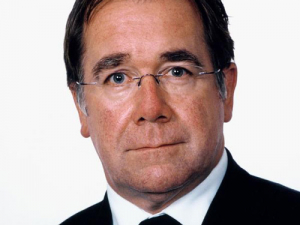 The high representative of the union for foreign affairs and security policy / vice-president of the European Commission, Federica Mogherini, and the Minister of Foreign Affairs of New Zealand, Murray McCully, signed the agreement.

Mogherini says the ambitious agreement reflects the increasingly close friendship and cooperation that has developed between our EU and New Zealand in recent years.

“In taking this important step today, we are showing not only the breadth and depth of our existing relationship, but demonstrating that we want to expand our partnership over the coming decades. It is a partnership that benefits our citizens first and foremost, and one that has real potential to grow even further in the future," he says.

McCully says New Zealand has longstanding cultural, political and economic ties to Europe, which underpin our modern relationship with the European Union.

“This agreement reinforces our shared values, including respect for human rights and the rule of law, and continued cooperation in areas such as innovation, environmental and security issues. We look forward to implementing the agreement and the subsequent strengthening of our engagement in the years to come."

The PARC Agreement provides a comprehensive framework for more effective bilateral engagement between the EU, its member states and New Zealand.

It will strengthen political dialogue and cooperation on economic and trade matters, as well as across a wide range of other areas, from science and innovation, education and culture, to migration, counter terrorism, the fight against organised crime and cybercrime, as well as judicial cooperation.

The PARC agreement also reflects cooperation in third world countries and on global issues, including in the Pacific.

With the signature of the PARC Agreement now completed, the EU and New Zealand will focus on the completion of the preparatory processes that should lead to the launching of negotiations for a bilateral Free Trade Agreement.