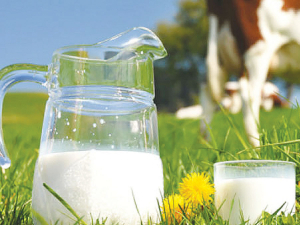 Increases in the FAO Food Price Index were lead by rises in vegetable oil and dairy prices.

The rise was led by vegetable oils and dairy products.

The sharp increase was primarily driven by sustained global import demand, which coincided with reduced export availabilities of palm oil from Indonesia, lower soybean production prospects in South America, and concerns about lower sunflower oil exports due to disruptions in the Black Sea region.

The FAO Dairy Price Index averaged 6.4% higher in February than in January. This was underpinned by lower-than-expected milk supplies in Western Europe and Oceania, as well as persistent import demand, especially from North Asia and the Middle East.

The FAO Meat price index rose 1.1% from January, with beef quotations reaching a new record high amid strong global import demand and tight supplies of slaughter-ready cattle in Brazil as well as high demand for herd rebuilding in Australia.

While pig meat prices edged up, those of lamb and poultry meat declined, in part due to high exportable supplies in Oceania and reduced imports by China following the end of the Spring Festival.

“All these factors tend to squeeze profit margins of food producers, discouraging them from investing and expanding production.”

The FAO Food Price Index measures average prices over the month, so the February reading only partly incorporates market effects stemming from the conflict in Ukraine.

World food prices rose for the seventh consecutive month in December, the Food and Agriculture Organisation of the United Nations (FAO) reports.

International food commodity prices shot up 4.2% in June, their steepest monthly increase of the past four years.