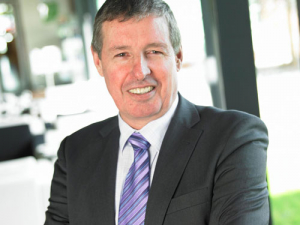 Dairying has a lot at stake as the world enters the fourth industrial revolution, says former DairyNZ chairman John Luxton.

He says farmers’ social license to operate as in the past was now fast expiring. Rules and regulations requiring farmers to improve farm systems were becoming more and more complex.

“Like 86% of Kiwis, I now live in the city most of the time, so I am well aware of how little knowledge most of the townies have about, first, where their food comes from and, second, the importance of what farmers contribute to our country.”

He sees volatility driven by new science as well as pseudoscience, the skillful use of new media and social media by single-issue activist groups, ‘the politics of envy’, and news media “favouring David over Goliath”.

Documentaries no longer attract viewers, but reality shows do, and politicians are taking populist positions rather than considered ones.

“Internationally this has been reflected in the votes for Trump and Brexit,” he said.

Luxton advocates four principles to respond to the changes.

First, farmers need to concentrate on systems rather than technologies for their own sake. Dairy had always had a systems approach as every farm was different in area, soil type and climate, stocking rates and feed quality.

“Secondly, we must empower society to better understand the complexity of our farming businesses, and encourage farm staff to master relevant new technologies and act to counter a fatalistic and deterministic view of progress by some outsiders to dairying. We must try to keep ahead of others with our approach.”

Third, Luxton believes dairy needs to work hard to prioritise its future by design rather than by default, with collaboration between all stakeholders to help integrate new transformative technologies.

Fourth, he says, dairying must focus on key values as a feature of new technology.

“Technology that is used in a way that increases disparity, poverty, discrimination and environmental damage works against the future we seek. “Everyone who is not a farmer is not a farmer because [society has] farmers. We delegate the responsibility of feeding our families to a relatively small percentage of the country,” he added.

For the future, Luxton says farmers need to reach out to the community to maintain their social licence to farm.

“We are important to our urban cousins because our dairy sector still produces about one third of New Zealand’s exports, so is an important contributor to the living standards of all New Zealanders.

“We often hear of growth in exports of meat, horticulture, wine, fish and forestry, but dairy still exceeds all other primary exports put together.”

Dynamic SIDE on the cards