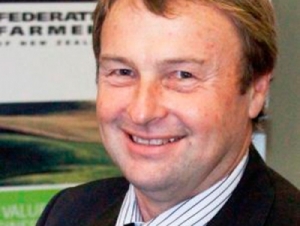 Federated Farmers supports a ruling this week in the Court of Appeal after a four year legal battle between the Queen Elizabeth II (QEII) National Trust and a property developer.

Federated Farmers environment spokesman Chris Allen says the decision ensures a new landowner cannot get open space covenants lifted so they build on the land, in this case a developer wanting to build lifestyle blocks.

"As landowners, farmers are some of the biggest contributors to environmental protection in New Zealand," Allan says.

"Farmers care deeply about the environment and leave a protected legacy for future generations. Our members are extremely proud of their work and achievements on their farms to protect and enhance biodiversity.

"This latest ruling in the Coromandel shows open space covenants as an excellent mechanism for protecting land; even better than District Plans and arguably more than National Parks."

The QEII National Trust was set up in the 1970s, when a visionary group of farmers came together to investigate ways they could protect special natural and cultural sites on their land after they were gone.

These landowners were the driving force behind the establishment of the QEII National Trust, which was set up in 1977 by an Act of Parliament to deliver on their aspirations.

Federated Farmers strongly support and acknowledges the existing investment in its partnership with QEII working with landowners to enhance and protect our special places and things.

Federated Farmers was instrumental in setting up the QEII National Trust and is an existing trustee.