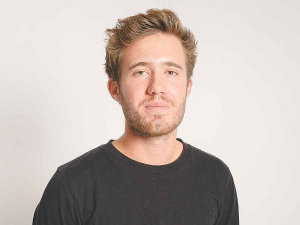 Film maker Hunter Williams says his documentary aims to introduce characters from different backgrounds that a rural audience can see a bit of themselves in and relate to.

Twenty-year-old Hunter Williams has shot and produced a short video that addresses the poorer mental health outcomes facing the rural sector. The short film encourages rural people to talk about the struggles they may be facing and not keep their feelings bottled up.

Williams told Rural News that he’d had his own mental health issues growing up and the film was something that was close to his heart. The eight minute documentary is called ‘The Monkeys on Our Backs’. Various farmers and organisations have been involved in the production, including the Rural Support Trust and Farmstrong.

Williams was raised in Hawkes Bay and comes from a large farming family.

He’d recently returned to NZ for a few months, due to Covid, and was able to use this time to finally complete the documentary.

Williams shot the footage in October last year, just before relocating to Los Angeles to work in the film industry. But after moving back to New Zealand when coronavirus struck earlier this year, he had time to focus on editing the video during lockdown.

Williams told Rural News the motivation for doing the film came from his own experience struggling with mental health related issues.

“This is always something that has been close to my heart. I also grew up around farmers and rural communities, with the majority of my extended family being based in Central Hawkes Bay.”

Williams says the idea for the documentary came from a conversation he had at his mother’s wedding.

“After I had done a speech, a farmer came up to me and said: ‘you look like you’ve got monkeys on your back; I’ve got monkeys on my back too’,” he explained. “This was the first time this farmer had opened up about his mental health and it got me thinking about how hard it must be for those struggling in rural areas.”

He says the documentary is primarily aimed at rural people and aims to introduce a couple of characters from different backgrounds that the audience can see a bit of themselves in and relate to.

“I hope that by hearing these stories people might find it within themselves to be willing to open up and talk about how they’re feeling with their friends and family, as I’m a firm believer that this is a necessary step when it comes to tackling this issue.”

Williams says as well as talking to farmers in the film, he also speaks with Federated Farmers chief executive Terry Copeland, Michelle Thompson, who runs the workplace mental wellness workshop Good Yarn, and Lon Anderson who is a regional co-ordinator for the Rural Support Trust. The documentary also directs people to these organisations as places that they can find help if needed.
He says the idea is to distribute the film to media outlets like Rural News and also organisations running events in smaller communities – such as Rotary clubs and the Rural Support Trust – to get the message out to as many rural people as possible.

“I would also love for urban people to be able to see this film too, to gain a greater appreciation for our rural communities and all they do to keep our country moving.”

Now that he has got this monkey off his back, Williams hopes to return to LA to resume his filmmaking career once Covid-19 crisis calms down.

“That is the plan currently. However, the situation seems to be changing every day,” he says.