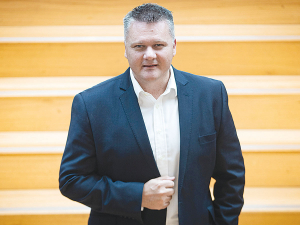 Farmers are backing Fonterra’s review of assets and overseas joint ventures as it grapples with strengthening its balance sheet.

Federated Farmers Waikato president Andrew McGiven says any good board should be “consistently reviewing strategy as the world is changing and evolving”.

Assets under review this month are the two wholly owned farms hubs in China and its Dairy Partners Americas (DPA) Brazil joint venture.

And the co-op is closing its Dennington plant in Victoria, shedding 98 jobs in the process.

Fonterra has already signed to sell its ice cream subsidiary Tip Top for $380 million, offloaded its interest in its Venezuelan consumer joint venture Corporacion Inlaca for $16 million and agreed provisionally to unwind its Darnum joint venture with Chinese company Beingmate.

McGiven told Rural News that the Fonterra board and management reviewing any previous strategy is a good thing “regardless of whether it is the China farms, Brazilian JV or how it deals with its domestic suppliers with new competition at the farmgate”.

“Any good board should be constantly reviewing strategy, as the world is constantly changing and evolving.  It doesn’t mean anything will change or be sold, but at least we shareholders are aware that a recent review has been done and that the board can decide if these assets and/or strategy are fit for purpose.”

In the third quarter results for 2018-19, Fonterra chief executive Miles Hurrell said despite the review of the problematic China farms the Chinese market remains important.

“We have contributed to China’s dairy industry by developing high quality model farms and showing there is a valuable opportunity for fresh milk in China’s consumer market. This continues to be an attractive prospect.

“However, this does not necessarily mean we need to continue to have large amounts of capital tied up in farming hubs.”

The two hubs milk 31,000 cows. Fonterra has spent about $1 billion setting up the farms but very little profit has flowed back to farmer shareholders.

Should Fonterra decide to sell the China Farms it would still have a milk hub it jointly owns with listed company Abbot Laboratories. Hurrell says this will allow Fonterra to participate in the lucrative fresh milk market in China.

On Fonterra’s DPA business in Brazil, Hurrell says the co-op will decide by the end of this year. The joint venture distributes chilled dairy products across Brazil.

The Dennington, Victoria plant is at least 100 years old and considered unviable. Fonterra has been in talks with staff there.

“The Australian ingredients business continues to feel the impact of the drought and other significant changes that mean there is excess manufacturing capacity in the Australian dairy industry,” says Hurrell.

The asset sales will help the co-op achieve its goal of reducing debt by $800m by the end of this financial year.

Fonterra is reviewing a range of assets and has already earmarked some for sale:

• Sale process started for co-op’s 50% share of DFE Pharma, a JV set up in 2006 between Fonterra and FrieslandCampina

• Fonterra provisionally agreed to unwind its Darnum JV with Chinese company Beingmate. Now considering its options for its share in Beingmate