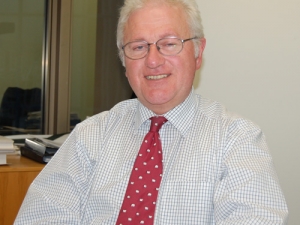 Meat Industry Association chief executive Tim Ritchie says uncertainty in the EU as a result of Brexit is one of the causes of a higher exchange rate.

This will significantly affect prices our exporters receive in the European market, he says.

"This, in turn, affects the prices meat processors can pay farmers for their livestock. Volatility in exchange rates has already had a significant impact on meat exporters, which led to eroded margins in the last season.

"This year, the volatility looks like it will get worse. A year ago, a NZD was worth 0.43 GBP, but is currently 0.53 GBP, with the NZD rising sharply against the GBP since the Brexit referendum. How the future of Brexit from the EU will affect the currency is highly uncertain.

"In some cases, prices in overseas markets have gone up, but gains have been wiped out by the exchange rate. Exchange rate movements have a significant flow on effect onto farm-gate prices.

"The Beef + Lamb NZ Economic Service has estimated that a 10% appreciation of the NZD against currencies in which meat is traded would result in about a 14% decline in the lamb price at farm-gate paid by processors (all other things being equal and that the exchange rate was at that level for the full season).

"This is not only reducing the margins for meat exporters and their suppliers. The volatility in the exchange rates also means that it is not possible to provide farmers with an accurate picture on the actual price in overseas markets, as any change in the market price gets completely distorted by the frequent changes in the exchange rates.

"Unfortunately, the reasons for the current volatility are outside New Zealand's control, and meat exporters have to take these changes in exchange rates on the chin.

"For this reason, the coming season means meat exporters are likely to face considerable headwinds from a volatile exchange rate once again."

Beef + Lamb New Zealand (BLNZ) and the Meat Industry Association (MIA) have released their latest assessment of processing capacity across the country.