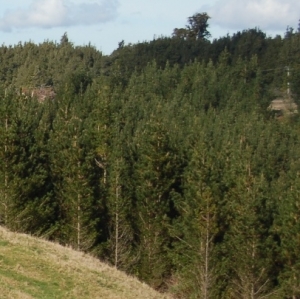 "In the five years in which the previous scheme operated, it was an important funder of plantings on land that is less than ideal for production forestry because of the very steep terrain," says Forest Owners Association chief executive David Rhodes.

"When this land is eventually harvested it presents economic, environmental and safety challenges. These are being addressed through research funded by a consortium of growers and the Sustainable Farming Fund. This has led to major breakthroughs in the mechanical harvesting of steepland, but more government funding of research is needed in this area."

He says plantation forestry has a huge potential to boost wealth and employment in the regions. But to achieve this, the productivity and profitability of the existing plantation estate needs to improve.

"There is a major focus on productivity in our current research programme to which the government contributes significant funding. But the government could transform forest profitability overnight by making the emissions trading scheme function as it was intended," Rhodes says.

"Another critical area for the next government to address will be RMA compliance. This is a real dampener for forest owners, especially those with plantations in the North Island hill country.

"Without a National Environmental Standard, there is no certainty that forest owners will get permission to harvest their forests – especially erosion control plantings, which were mostly funded by government and regional council schemes like the AGS."

He says initiatives like the AGS are nevertheless important for environmental reasons and are welcomed in that context.

"On the other hand, if the profitability of our existing forests improved, we could see planting rates of around 20,000 ha a year – as opposed to the current deforestation rate of around 10,000 ha a year.

"But there is a big proviso. No one is going to make a commitment to a major long-term investment in forestry if they don't have confidence that the policies of successive governments will treat forestry fairly.

"We can live with fires, floods and windstorms, as well as market swings and roundabouts. But the political risks in the 30-year life of a typical forest are far greater than these."

Rhodes cites unfair nitrogen allocations in the Lake Taupo catchment that discriminate against Maori forest owners in particular. More recently there was the decision to ban forest owners from paying for their ETS emissions with international units – the only sector to be treated this way. Then there's the ongoing issue of district councils jacking up their rates so that forest owners pay more than farmers.

He says issues like these could easily be addressed without any cost to the country.

"But the fact is they should not have arisen in the first place. Somehow we have to convince politicians of all parties that they need to have a common vision for forestry and how it might be achieved.

"Giving investors the confidence there won't be constant policy shocks during the life of their forests is probably the biggest barrier to the sustainable growth of our industry."