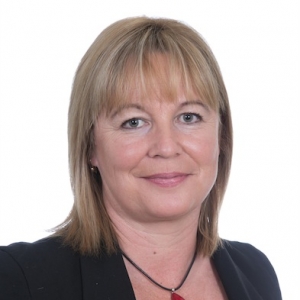 Originally from Canterbury, Hanna and her husband Brian breed rams and graze dairy heifers on a farm at Rangitoto near Te Kuiti. Hanna says they run "a simple system" that enables them to get off farm to tend to their other commitments, which for Brian includes being Mayor for the Waitomo District.

As a keen supporter of the Awards programme for over 15 years, Hanna initially became involved as a judge for the Waikato BFEA in 2000 after she and husband Brian won the region's Supreme Award in 1999.

"Farmers learn from farmers, so the Awards are an excellent vehicle for spreading knowledge on sustainability," she says.

In 2004, she became BFEA judging coordinator for the Waikato region. She is also secretary of the New Zealand Farm Environment (NZFE) Trust, the organisation that administers the BFEA.

NZFE chair Simon Saunders says the in-depth knowledge and experience Hanna has gained through her lengthy involvement with the Waikato BFEA will serve her well in her new role.

"She's got excellent communication skills, and her thorough understanding of the BFEA judging process will be invaluable when it comes to ensuring our judging coordinators around the country get the best training and support available."

"The aim is to set up good communication between the regions so that we can assist the regional judging coordinators to get the very best out of their roles."

With ten regions now participating in the annual competition, the job of National Judging Coordinator has become increasingly complex.

Saunders says Hanna's involvement with the BFEA programme has helped her build a strong network of contacts.

"One of her biggest challenges will be ensuring the judging teams can provide entrants with the latest information on what it takes to achieve best farming practice in an era where environmental regulations are ever-changing."

Saunders says Hanna will build on the outstanding work performed by previous National Judging Coordinator Jamie Strang, "who put a huge amount of time and effort into lifting the quality of the BFEA judging process".

Andrea officially started in her new role on February 1.