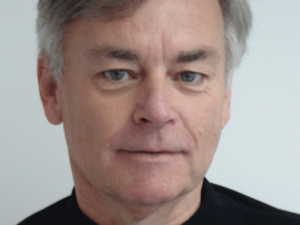 Wools of New Zealand (WNZ) has posted its first after-tax profit of $1.48 million for the year ending June 2016, but former chief executive Ross Townshend is keeping up the pressure.

The company’s maiden profit results from a 16% improvement in wool sales, helping lift revenues past $30m for the first time -- to $31.5m, the company says.

The company sold 5.5 million kg of shareholders’ wool during the year, reflected in an increase in Wool Market Development Commitment (WMDC) income to $2.6m, from $2.2m in 2015.

Commenting on the WMDC, chairman Mark Shadbolt says “at the time of our capital raising in 2012 the WMDC was critical to driving our marketing initiatives and investments. By 2014 we’d reduced our reliance to 20% of revenue and this year this has fallen to 8%, in spite of the WMDC’s increase in real terms.”

“So without that – or in real terms – this is a $2m loss, not a profit. When WMDC runs out mid-2018, WNZ will be broke,” says Townshend who is a shareholder and former chief executive of the organisation.

“The directors need a Plan B, as I stated recently.”

Championing wool to the world

Telling the story of wool is one of the keys to its resurgence as the global fibre of choice, according to NZ grower owned company Wools of New Zealand.

Wool changes must be industry-led – Shadbolt

The Wool Summit had an air of collaboration and an understanding of the need to consolidate the industry, says Wools of New Zealand chairman Mark Shadbolt.

Wools of New Zealand plans to offer more shares to growers who have been supporting the Wool Market Development Commitment (WMDC).