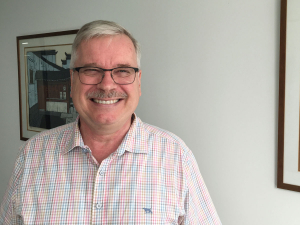 He says, if achieved, it would mean trade rules around the region would be harmonised.

“NZ’s agriculture and horticulture exporters would face fewer barriers and be able to do business more easily and cheaply,” he told Rural News. “It would be just the thing to help us bounce back from Covid.”

The Free Trade Area of Asia-Pacific (FTAAP) was discussed at the APEC Business Advisory Council (ABAC) meeting in Singapore two weeks ago.

ABAC chair for 2022, and chairman of the Federation of Thai Industries, Supant Mongkolsuthree told the meeting that future-proofing the region’s trade architecture was also essential.

“APEC’s Leaders have set the goal of a FTAAP: the foundations have been laid, now we need to get building, utilising what we have learned about resilience, sustainability and inclusion throughout the pandemic,” he said.

Jacobi, executive director of NZ International Business Forum, says FTAAP is not a new idea – it was first mooted, by ABAC back in 2004.

“Basically, it would bring together all the free trade agreements (FTAs) in the Asia Pacific in one Free Trade Area,” he explains. “It’s not a new FTA so much as a convergence of existing ones.”

This includes the likes of Comprehensive and Progressive Agreement for Trans-Pacific Partnership (CPTPP) – a FTA involving New Zealand and 10 other countries in the Asia Pacific region.

Also included is the Regional Comprehensive Economic Partnership (RCEP), composed of the 10 member states of the Association of Southeast Asian Nations (ASEAN) and six states with which ASEAN has existing free trade agreements, including NZ. The RCEP countries make up 46% of the global population and are worth 24% of global GDP.

Jacobi acknowledges that FTAAP is taking longer to come to fruition.

He says the stand-off between the US and China doesn’t help.

“But FTAAP has been hard to kill off, probably because the private sector sees it as a good idea,” he says.

“It is now enshrined in the Aotearoa Plan of Action (APA) which was agreed in APEC last year.

“However, at some point it requires decisions by governments. How long is anyone’s guess but hopefully not another 20 years.”

The deepening conflict between Russia and Ukraine doesn’t pose any direct threat to NZ trade at the moment, says Stephen Jacobi.

“They are not major markets for NZ exports and so the direct impact on trade may not be major, unless the conflict was to widen,” he told Rural News.

However, he points out that any NZ company doing business in Russia could be negatively affected by sanctions threatened by the US and Europe if an invasion goes ahead.

Russian counter-sanctions may also affect trade. Jacobi believes the economic fallout of a conflict could impact negatively on the global economy which is struggling post-Covid.

“Impacts on global supply chains – including for example for fertiliser –

and shipping could also be negative.”

Jacobi believes there are still chances for a diplomatic solution.

“There’s little doubt that Russia’s economy would be hit very hard if it invades Ukraine and public sentiment in Russia may be less forgiving of an action against a fellow Slavic nation.

“That said, things may not evolve in a rational fashion and the risk of conflict is very great at present.”