Fruit and veges down 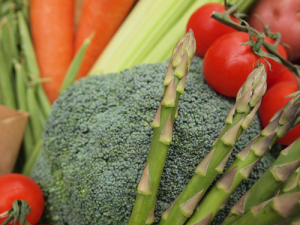 Tomato and lettuce prices both down 29% in October, Statistics NZ says.

Tomato and lettuce prices were both down 29% in October, Statistics NZ says.

Vegetable prices showed the biggest movement in October, down 8% in total. Fruit prices were down 1.8%. As well as lower prices for lettuce and tomatoes, courgettes were down 43%. This was partly offset by higher carrot prices, up 19%.

"Tomatoes continued their price decline for the second consecutive month, to $6.83 per kilo this month. While this is a large fall, tomatoes are still more expensive than they were in October 2015," consumer prices manager Matt Haigh says.

Overall, food prices increased 0.6% in the year to October 2016, influenced by higher prices for restaurant meals and ready-to-eat meals (up 2%) and fruit and vegetables (up 1.2%).