Get your BFEA entries ready 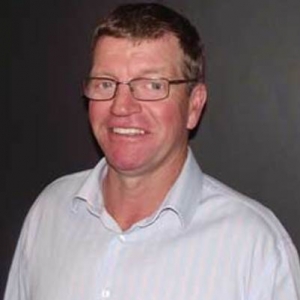 Entries for the 2014 Ballance Farm Environment Awards open next month.

Organisers are again expecting strong interest in the popular competition.

Facilitated by the New Zealand Farm Environment Trust (NZFE), the awards promote sustainable land management by showcasing the work of people farming in a way that is environmentally, economically and socially sustainable.

Held in nine regions, the awards are open to all farming and horticultural types.

NZFE chair Alistair Polson says all farmers, including orchardists, vegetable growers and viticulturists, should consider participating in the competition.

"Most people enter because they want feedback on how their farming operation stacks up in terms of environmental and economic sustainability," he says.

"Entrants receive valuable advice from competition judges and other participants on how to improve the sustainability of their businesses."

Polson says many past-entrants have also commented that their involvement in the competition has helped their personal development "because they get to meet and be inspired by a range of like-minded people".
Entering the competition is easy and the judging process is conducted in a relaxed and friendly manner.

Polson says farmers don't have to have the prettiest farm in the district to enter. The awards also cover a wide range of categories, so farmers who are performing well in one specific area have a chance of picking up a category award.

Supreme winners from each region are honoured at NZFE's annual Sustainability Showcase, where a National Winner is announced. The National Winner of the 2013 Ballance Farm Environment Awards was Canterbury couple Craige and Roz Mackenzie.

As well as being awarded the prestigious Gordon Stephenson trophy, the Mackenzies received a range of prizes, including an overseas study trip.

Polson says Supreme winners join a select group of New Zealand farmers who will continue to meet for years to come.

"I believe it's a real life-changing experience for these people."

But a relatively small number of BFEA entrants win the Supreme award in their first time in the competition. Most past-winners have entered the competition at least once or twice previously.

"The key thing is that they take on board what the judges say each time and they use that free feedback to improve their operations. So my advice to anyone considering entering the competition for the first time is to jump in and give it a go. You've got nothing to lose."

Held in nine regions, the awards are open to all farming and horticultural types.

Are you reading labels?

When dealing with calf feed products it is important to read the labels, go online or ask your supplier for instructions and information, says Natalie Hughes, nutrition and quality manager at SealesWinslow.