Government investment in Golden Shears a ‘vote of confidence’ 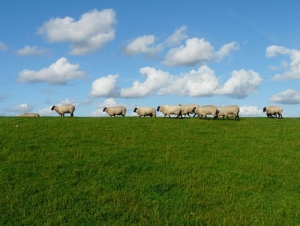 The Government's investment of $260,000 for the Golden Shears World Shearing and Wool Handling Championships in 2017 is a vote of confidence in the Southland region.

The Government's investment of $260,000 for the Golden Shears World Shearing and Wool Handling Championships in 2017 is a vote of confidence in the Southland region.

Invercargill Mayor Tim Shadbolt says the Government's Major Events Fund investment for the February 9-11 event to be held at ILT Stadium Southland was a clear recognition the events industry was of enormous value to the country.

"I think it's fantastic that the Government is supporting us on this because it means that the events industry is coming of age."

The Golden Shears was a perfect fit for Southland as shearing and wool handling was an integral part of the region's cultural identity.

Shadbolt says the event was likely to become the biggest event the city had hosted.

"It really secures that we're going to have a successful event because without the Government support it would be very, very difficult to run."

The event organisers have had huge local support and local buy-in from Invercargill and the wider Southland region, he says. It will be incredible to welcome visitors from more than 30 countries, Sir David says.

"The whole event feels easy to run down there because of that whole community buy-in and the support and enthusiasm for it. We are excited about it."

The Golden Shears was about shearing and sheep, but it was also about putting on a great show for the public.

"It's something that we're really proud and excited to have in Southland. I can't wait to see the Mayor shear a sheep, actually," Sir David says.