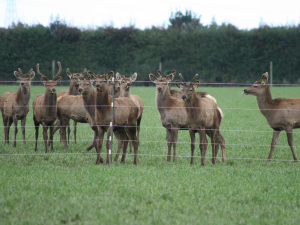 DINZ is disappointed by the government’s emissions reduction targets for agriculture.

He says even if tools and technologies were available to reduce methane and nitrous oxide in the future, the level of reduction would effectively mean that the agriculture sector was being asked not just to cease its own contribution to global warming, but also offset the contribution of other sectors.

“The deer industry as part of the pastoral sector is prepared to play its part in climate change mitigation. We do not deny human-induced climate change nor our responsibility to mitigate. The pastoral sector is willing to target net zero global warming impact from agricultural gasses. But the targets for methane announced by the Government go beyond net zero global warming impact. DINZ cannot support these targets,” he says.

“The rationale for methane to be reduced by anything between 24% and 47% by 2050 has not been made clear to us.  We can only assume that the Government expects agriculture to make 'headroom' for other sectors to continue emitting.”

Walker says this is unfair for the sector and a bad choice for New Zealand because in the absence of new mitigation technology, a 47% reduction in agricultural methane emissions will require a 47% reduction in pastoral farming outputs. He says this could reduce rural employment and export revenues from meat, milk and fibre by half, or about $12 billion a year.

“The government has expressed no plan for how this employment and export revenue could be replaced and New Zealanders' living standards maintained.”

He also says reducing agricultural methane emissions is a temporary solution — it buys time, but does not address the fundamental cause of climate change, which is the release of fossil carbon into the atmosphere.

“The deer industry alongside other pastoral industries supports the pastoral sector reducing nitrous oxide to net zero and gradually reducing and stabilising emissions of methane so that its levels in the atmosphere do not increase (i.e. no additional warming effect from livestock agriculture). Accepted atmospheric science suggests that current annual reductions of 0.3% in agricultural methane will result in a 10% reduction by 2050 and ensure that the gas causes no additional atmospheric warming,” Walker says.

“The pastoral sector including DINZ, will continue to support research on agricultural greenhouse gas mitigation options and development of a robust framework to enable farms to transition to lower emissions. But DINZ considers there is little sense in sacrificing New Zealand's economic backbone, when all this does is delay the need for New Zealand and all other countries to address the fundamental issues of fossil fuel emissions.”