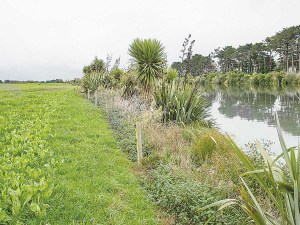 TRC says the ‘one-size-fits-all’ approach of the water reforms are a major fault.

The Government’s proposed water reforms have been blasted by a regional council with top performing water quality.

In a stinging review of the reforms, the Taranaki Regional Council (TRC) says it has significant concerns about aspects of specific policies and regulations proposed as part of the Essential Freshwater package.

Key among TRC’s concerns is the ‘one size fits all’ approach of the proposed water reforms.

“Much of the new package would have unpredictable and likely only marginal environmental benefits, but would bring substantial adverse outcomes for community wellbeing,” it said.

“The focus should be on improving trends rather than setting limits. This would allow for natural differences regionally and nationally while halting the decline of water degradation.”

TRC believes regulation should only be used where there is a proven cause and effect and demonstrable benefit where it is applied.

It has joined other critics in lambasting the lack of cost-benefit justification for the policy and regulation changes proposed by the Government.

“The Taranaki community has collectively demonstrated strong commitment to improving freshwater health, taking carefully considered long-term action and spending millions of dollars on measures that have proven to be effective,” TRC said.

It claims the Government’s proposals raise many issues, notably the proposed nutrient limits.

“The scientific evidence suggests the ecological health of waterways is driven by a range of factors including nutrient levels, flow characteristics and physical habitat.

“This would threaten community wellbeing for uncertain and at best marginal environmental gains,” TRC warned.

It also adds to the growing chorus of concerns about the reliance on Overseer for the water reforms and how this is a role it’s not suitable for.

“The council shares the view of many experts and authorities – including the Parliamentary Commissioner for the Environment – that Overseer is unfit for use as a regulatory tool, is highly inaccurate, remains unproven in many landscapes and cannot reflect actual environmental impacts.”

It adds that farm and community viability and wellbeing would be at risk in Taranaki if the reforms were adopted as proposed.

“Council has found that very adverse impacts on the viability of many farms is likely because of imposed reductions in fertiliser use and soil fertility, and stock numbers, even with a compliance timeframe of ‘a generation’, and on the wellbeing of both rural and urban communities.

“The evidence is clear to the council: the proposed national interventions are neither credible nor necessary for this region.”