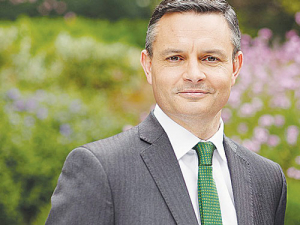 Prime Minister Jacinda Ardern, currently isolating at home with Covid-19, says it marks a landmark in the country’s transition to a low emissions future.

“We’ve all seen the recent reports on sea level rise and its impact right here in New Zealand. We cannot leave the issue of climate change until it’s too late to fix,” Ardern says.

“This is a challenge I know New Zealand can succeed in. Our plan is achievable because it includes a role for Government as well as for every community and sector of the economy.”

Ardern says addressing climate change now will mean the Government can reduce the cost of living.

“Reducing our reliance on fossil fuels will shield households from the volatility of international price hikes while reducing transport and energy bills.

“Households are already seeing the impact of escalating petrol prices and this plan sets out practical ways to cut power, transport and other costs by taking climate friendly actions.

“Cutting agriculture emissions and greening our exports protects our brand in a market where international consumers are looking for products produced with care for the climate.

“The Government’s actions over the past four and a half years have bent the curve of our emissions trajectory, and this plan will now accelerate our emissions reduction,” Ardern says.

“The Emissions Reduction Plan will ensure New Zealand is on track to meet the climate targets this Government has put in place all while creating new jobs, improving our communities, and making life better for people,” Shaw says.

He says the work done by the Government in the past four years has put New Zealand on track to bend the curve of its emissions downwards for the first time in history.

“But lasting climate action is about more than setting targets. It’s about take the actions, both large and small, that together add up to a better future for people and for the planet. And that’s what the Emissions Reduction Plan is all about.”

“The plan we have published today lays the path towards a net zero future where more people can purchase EVs, our towns and cities have world-leading public and active transport infrastructure, our highest emitters have switched to clean and reliable energy, our farmers are growing food in ways that help the climate, and more of our homes are warmer and more affordable to heat,” Shaw says.

“Tackling climate change requires the combined effort of government, iwi / Māori, unions, communities, local government, and business. This plan will guide the work we do together so that collectively we transition to a low carbon future in a way that benefits everyone.”

Several of the key actions outlined in the place have received funding from the Government’s Climate Emergency Response Fund as a part of Budget 2022.