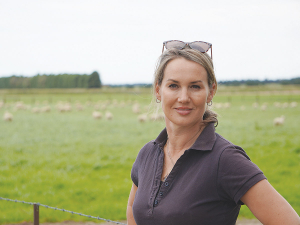 She says the Government has unleashed unprecedented levels of spending in last week’s Budget, with more than $9.5 billion in new spending forecast for 2022 alone.

“To put it in context, they are now spending 68% more, or an extra $51 billion per year, since coming into office,” Grigg says.

“This out of control spending is putting huge pressure on the economy and is driving inflation to a record 30-year high, with the cost of farm inputs rising by 9.8% since the March quarter last year.

“This week we saw another 50 basis point jumps in the OCR [Official Cash Rate], the first back to back 50 point increase since the OCR was introduced – which has never happened before and will effectively double interest rates compared with last year.”

Grigg says a farm carrying $4 million in borrowings that sees a 100 basis point increase in their interest rates would have to pay an additional $40,000 per year in interest costs.

“On top of that, there are more than a dozen new law and regulatory changes being piled onto farmers by the Government, so it’s all starting to add up for our rural communities,” she says.

“Agriculture Minister Damien O’Connor’s Budget 2022 press release announced a $1 billion spend on primary industries, but this really needs close scrutiny. It is full of vague waffle like $118 million for ‘advisory services’ to ‘support farmers’, $40 million for Stuart Nash’s ‘transformation’ of the forestry and wood processing sectors, as well as $32 million for Meka Whaitiri’s fund to crack down on farmers with increased compliance, enforcement and on-farm inspections.”

Grigg says the cost of doing business on-farm is sky-rocketing.

“For this sector to continue to carry the New Zealand economy during these turbulent times, the Government needs to rein in spending on compliance and ‘advice’ and, instead, cut costs for the most productive sector of this country.”