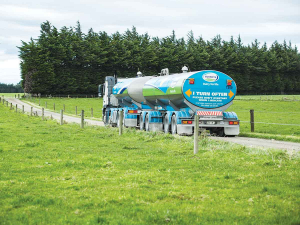 Fonterra shareholders have voted to change the co-operative's capital structure.

The plan received 85.16% of the total farmer votes: it required 75% support to pass.

Chairman Peter McBride says the board and management are united in the belief that the Flexible Shareholding structure is the best course of action for the co-operative.

“Today our farmers have agreed. We have received a strong mandate for change with 85.16% of votes cast in favour of the proposal and 82.65% of eligible votes being cast.

“Changing our capital structure is the most important decision we as farmers have made in almost a decade. The results of this year’s resolutions were all above 80%, which shows farmers are united in their support for the direction of the co-op. Our full focus is now on delivering the strategic commitments we have made.

“I would like to thank everyone who voted and the thousands of farmers who gave us their time and ideas during the consultation period, which helped us to shape the proposal into the model that was successfully passed today.”