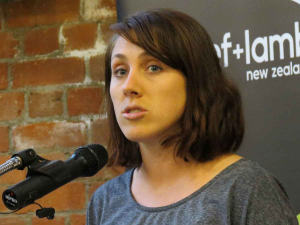 The organisation has created a plan outlining five key projects that they say the Government should immediately invest in to "begin a transformation of the New Zealand agriculture sector".

Toop claims unlike mainstream farming, regenerative agriculture is all about diversity instead of monocultures, building soil health instead of degrading it, and using natural systems instead of “costly and harmful inputs” like chemical fertilisers.

Greenpeace says the practice draws heavily on indigenous knowledge and some common techniques include agroforestry, cover cropping and conservation tillage.

"We know that regenerative agriculture has a whole host of benefits, like more productive and resilient farms that clean up waterways, lock carbon into the soil and nourish whole ecosystems," claims Toop.

Greenpeace also is critical the “millions of dollars spent by previous Governments on intensive agriculture”, which it claims includes “subsidies to increase agri-chemical use and stocking rates, drain wetlands and convert forest into pasture”.

The organisation also criticises the funding of multi-million-dollar infrastructure projects such as a fertiliser factory in Taranaki and several irrigation schemes.