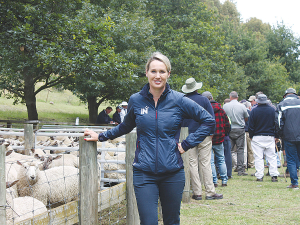 National’s Nicola Grigg claims the Government has no idea or little care for the consequences these changes will mean to leaseholders.

"It ends a decades-old relationship between the Crown and high-country pastoral leaseholders," Grigg says. "This Government seemingly has no idea or little care for the consequences that these changes will mean to these leaseholders and the real consequences these will bring."

However, Damien O'Connor, the minister responsible for shepherding in the Crown Pastoral Land Reform (CPLR) Bill claims it "modernises the management" of 1.2 million hectares of Crown pastoral land - primarily in the South Island high country.

"It strikes a balance between recognising the place of pastoral farming as a legitimate use of the land, while protecting the importance of the unique values of our high country to New Zealand," O'Connor claims.

"The CPLR Bill reaffirm the leaseholders' rights as pastoral farmers while amending the existing regulatory system to manage these leases in a way that balances the ecological, landscape, cultural, heritage and scientific values inherent to the land," he adds.

"This includes clarifying day-to-day farming practices, while improving consenting of activity that might impact those inherent values of the high country and addressing public expectations around access."

Grigg disagrees and says the new rules are attempting to adopt a one-size-fits-all approach.

"It fails to recognise the diversity, different ecologies, different ecosystems, different topography and different weather patterns. It will do nothing to deliver better environmental outcomes." Grigg says high country stations are sophisticated farming operations that put the ecology and preservation of the natural environment first and foremost.

"This is a bill that is ideologically driven; it is devoid of any understanding of any practical, pragmatic implementation whatsoever. It is, as usual, a top-down approach - rather than grassroots driven."

She says high country operations are a deeply traditional way of life.

"The land is all the better for it and these farms are evidence of decades and decades - often multi-generations - of hard work, care and attention."

Grigg says National is not opposed to change for opposition's sake.

"But, in this case, this change will result in worse outcomes for everyone and everything - not least the land and the leaseholders involved."

She points to the "ridiculous new notion" that a leaseholder will require consent to eradicate pest plants and noxious exotic weeds - the likes of gorse, broom, wilding pines, crack willows, grey willows.

"There's also a new invocation that farmers can no longer maintain roads and tracks without consent," Grigg adds. "So, now a farmer cannot maintain these due to natural slippages, erosion, floods, high winds and all of the severe weather systems that these parts of the land bring."

She says the new legislation will fundamentally change the relationship that has existed between pastoral leaseholders and the Crown for decades.

"It will change it from one of working partnership to one based on regulation and policing. It is punitive, it is pernicious, and it will bring an infringement regime that will do nothing but erode generations of goodwill between the two parties."

Grigg claims this new law creates an adversarial system of management with rigid rules and complex processes that will increase costs, and undermine the security of tenure granted.

"The bill's objectives would have been better achieved by the Commissioner for Crown Lands and LINZ working collaboratively with the leaseholders, the 150 contractual partners on legally binding farm environmental plans," she adds. "This would be built on the current regime and the many environmental benefits that have been delivered over the past 70 years."

Grigg says National will repeal the law when it next forms a Government.

Tenure review was a voluntary process that gave pastoral lessees an opportunity to buy land capable of economic use from the Crown, while land with high conservation values was protected and restored to full Crown ownership as conservation land.

“Tenure review, which commenced in 1998, had reached a point where the process is costly and uncertain for both applicants and the Crown,” Damien O’Connor says. “I believe the process had run its course.”