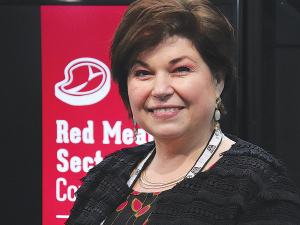 Beef + Lamb New Zealand (B+LNZ) and the Meat Industry Association (MIA) say farmers, processors, exporters and the New Zealand economy will benefit from greater export revenue once the FTA is signed and ratified.

Sirma Karapeeva, chief executive of MIA, says an FTA will allow New Zealand companies the opportunity to sell a wider range of high-quality products into the UK market, particularly beef.

“Following the UK leaving the EU, New Zealand’s 1300 tonne beef quota was split between the UK and the EU, leaving New Zealand with only 454 tonnes of beef access into the UK. Outside of this quota, New Zealand beef exports attracted tariffs of up to 70 percent, meaning virtually no out of quota trade occurred,” Karapeeva says.

Apiculture New Zealand says it welcomes the agreement which it says will see the removal of tariffs on all New Zealand honey into the United Kingdom.

“The free trade deal will be a great outcome for our industry and will improve our competitiveness in one of our largest export markets,” says Karin Kos, chief executive of Apiculture New Zealand.

“We have strong ties with UK customers, with a long history of exporting high-quality honey products there. However, the current in-quota tariff rate of 16 per cent has been a significant barrier to trade,” says Ms Kos.

Meanwhile, Onions New Zealand say they are applauding the deal, saying it will ensure the country’s onion exports continue to grow as the world comes to terms with Covid.

“The New Zealand onion sector is extremely grateful for the hard work of New Zealand’s negotiators and diplomats, who have worked tirelessly to conclude this agreement. The New Zealand team has had to join Zoom calls with their counterparts at extremely inconvenient times of the night, for example,” says Onions NZ chief executive James Kuperus.

“Trade and exporting benefits a diverse range of New Zealand businesses. Without clear trading arrangements, improved market access and reduced tariffs, it is extremely difficult to export from the bottom of the world to larger economies like the United Kingdom.”