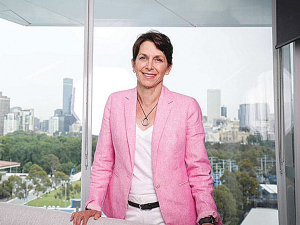 “I have already had the benefit of reviewing the company’s strategy and position and can say I don’t envisage any material change to the plan that the board and senior management have in place,” he told an investor briefing last week.

Babidge, who retired from the role 16 months ago, agreed to return on an interim basis after the shock resignation of Jayne Hrdlicka.

In a market announcement, Hrdlicka said she had not anticipated the amount of travel involved when she took up the role 18 months ago.

Babidge says a2 Milk’s commitment to building a China and US business with multi-channel distribution capability will not change.

Hearn says the plan’s implementation will be the intensive focus of the next three to five years.

Following the announcement of Hrdlicka’s departure, a2 Milk share price dropped, but has since recovered.

The company says a global search for a new chief executive will start immediately.