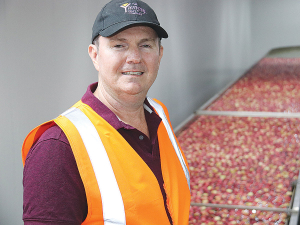 Paul Paynter says the industry's chronic labour shortage has been caused by a combination of Government naivety and its failure to get more RSE workers into NZ earlier.

Paynter says the labour shortage has been caused by a combination of naïve optimism on the part of the Government and its failure to get more RSE workers into NZ earlier.

"The Government's lifting of the cap on RSE workers to 16,000 was an untimely call," he told Rural News.

"Nice to hear, but frustrating because although it was the right decision, it was made six months too late."

Paynter says during this and the past season they struggled to prune and thin trees and this "crisis" could have been alleviated if the Government had acted on the advice of the industry, which was to bring in more RSE workers ASAP.

He says it seems the Government's policy has been driven by ideology rather than pragmatism.

"They seem to think that all migrant labour is a by-word for exploitation and this isn't the case at all," he adds.

"We have a terrific record and are always told how good we are in our pastoral care and the way we look after our boys. We put a lot of effort into getting it right."

Paynter says, if he was in charge, he would have freed up the travel bubbles to the Pacific Islands and brought in as many workers as possible.

He says there are labour shortages in many sectors - including construction - and the RSE workers are very skilled people who can do more than just pick fruit.

"They have worked in the building industry back home and have a range of skills - including tiling, painting and carpet laying."

Paynter believes if the Government had heeded advice from the industry - and acted quickly - there wouldn't be the current problems, which are causing much unnecessary stress and disruption.