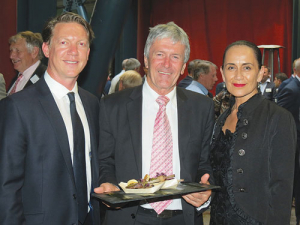 The new minister’s comments came in response to the last-minute announcement by the National Party during the election campaign that some Landcorp farms would be sold to young farmers. But O’Connor has poo-poohed the idea.

He also suggested that the previous government had tried to kick Landcorp around and demanded money by way of a dividend. He says it should have sat down with Landcorp and worked out a proper strategy.

“In my view Landcorp has huge potential and what they are doing with the new Pamu brand is just one example of what can be trialled and developed and used as a showcase across the wider farming sector,” O’Connor told Rural News.

“I know some farmers out there are a bit cynical about a big player owned by government, but what we have to do is to bring them in and explain to them what’s going on and the reasons behind it.”

He says Labour is planning to talk to Landcorp and see how its strategy can be aligned with the new government’s to get more value in all the primary sectors.

O’Connor has also questioned a plan announced recently by Beef + Lamb NZ to set up a model farm to showcase new technology and farming systems to farmers.

“It begs the question ‘why don’t we do it with the Landcorp farms we own now?’ It’s a simple development of the asset base we have and we don’t need to go and reinvent the wheel.”

O’Connor says the past week has been exciting and he, like many new ministers, is in the process or recruiting new staff. He says once this is done he’ll be able to spend more time engaging with industry.

“The diary is getting full and I don’t mind that. It’s a case of mixing the reading and listening and sorting out priorities. In the meantime, ministers are learning as much as they can, as quickly as they can,” he says.

O’Connor is also Associate Minister of Trade and Export Growth.

He hopes to work closely with his friend and minister for that area, David Parker, to learn and contribute to opening the doors to get better access for NZ primary exports.