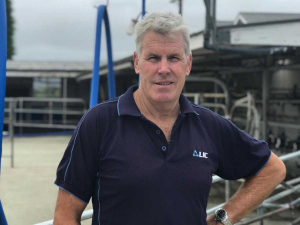 The shock result is being blamed on uncertainty around Covid-19 and its impact on the global economy.

Over 70% of votes cast rejected the $108 million deal; only 27.5% of votes cast backed the deal. Just over 2% abstained at a special general meeting today.

LIC chairman Murray King says the board understands and respects its shareholders’ decision, particularly given these impacts and the wider domestic and global economic uncertainty.

“The market and economic volatility seen since late February saw shareholder uncertainty and nervousness about embarking on an acquisition increase through the voting period.

“When we announced this proposal, no one could have foreseen the rapid and unprecedented impacts of COVID-19 that resulted in material impacts on this acquisition, arising from exchange rate volatility, difficulty in efficient transfer of governance and risk of earnings impact for the Afimilk business.”

King thanked shareholders for their careful consideration of the proposal.

“This was a significant, but achievable long-term strategic investment opportunity for LIC. The board and management team undertook a thorough and independently assessed due diligence process before recommending this investment to shareholders because it made strong commercial sense financially and strategically.

“It is vital that LIC keeps its world-leading edge in pastoral dairy farming data, while broadening access to new information to meet future needs and challenges.”

A novel scientific approach which has identified a number of genetic variants impacting the health and wellbeing of New Zealand dairy cows has been published in the prestigious scientific journal, Nature Genetics.

Bull burps could hold the answer

Breeding low methane emitting cows is a step closer after promising results from a pilot trial.