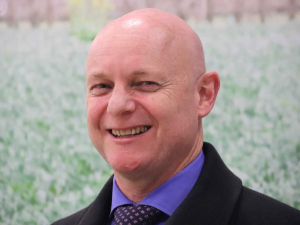 MPI director general Ray Smith says it was time to move on and bring a close to the legal challenges that have been running since 2014.

The litigation arose from the 2010 incursion of the kiwifruit vine disease Psa.

Strathboss Kiwifruit Limited, representing a group of kiwifruit growers, post-harvest operator Seeka Limited and others, have agreed to accept a Crown offer of $40 million, which includes a significant contribution from the Crown’s insurers of $15m.

The plaintiffs had originally brought a claim for $450 million plus interest against the then Ministry of Agriculture and Forestry (MAF) for allowing the Psa into NZ. The claimants took MAF to court to gain compensation for the losses they suffered as a result of disease.

The case went to the High Court and the Court of Appeal and was due to go to the Supreme Court last week, but the parties decided to call it a day and settle out of court.

Ministry for Primary Industries (MPI) director general Ray Smith said all parties agreed that it was time to move on and bring a close to the legal challenges that have been running since 2014.

“This payment to settle is a sensible one on a per-head basis given the number of claimants in the class action, and their legal and litigation funder costs. But the settlement acknowledges the grievance felt by the kiwifruit sector plaintiffs.”

Smith says the settlement confirms the earlier judgment of the Court of Appeal, which in April 2020 found it would not be fair, just or reasonable to make the Crown legally responsible for losses of this kind. The court also ruled that no legal duty of care was owed by the relevant MAF staff to the plaintiffs and noted they were protected by a statutory immunity, as was the Crown.

Smith says the settlement gives immediate financial certainty for the Crown and avoids a complex Supreme Court hearing and a long wait for a decision.

“Much work has been done to enhance and improve the way we manage pre-border risk, import processes at the border and incursions that inevitably occur. New Zealanders can have confidence in our current biosecurity system.”

Kiwifruit Claim Chairman, John Cameron said the $40m settlement concludes what has been a long, hard and stressful fight for the kiwifruit growers.

He says the settlement provides some compensation to growers whose livelihoods were devastated by the Psa incursion.

“Importantly, we have achieved what we set out to do which was to hold the Government accountable for its negligent actions tha caused the Psa outbreak.

“This was a very tough decision. Our case was meritorious and deserving, but we understand litigation is extremely risky and uncertain even for cases with such strong facts such as this one.”

Cameron says the Kiwifruit Claim Committee explored every option to ensure the growers got the best outcome and after consulting with its legal team and obtaining further independent legal advice, they were advised to accept the settlement.

He says what happened to the kiwifruit industry in 2010 was entirely preventable.

“MPI knew Psa existed, they knew the damage it could cause if it was let into the country and they breached their own protocols that were in place to keep it out. It is critical our primary industries can rely on our government to perform their biosecurity role with reasonable care and skill; we don’t want to ever see this happen again.”

A Waikato lifestyle block owner has been fined $2,500 for failing to adequately feed 26 cattle and $1,000 for not complying with the requirements of a notice issued by an MPI animal welfare inspector.