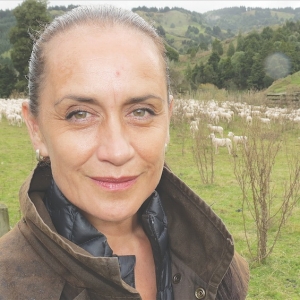 A LEADING Maori agribusinesswoman says there’s a myth going around about the so-called ‘potential’ of Maori farming.

Traci Houpapa, chair of the Federation of Maori Authorities and deputy chair of Landcorp, says people are saying Maori landholders and farmers need to lift their performance and productivity. But she says the same can also be said of non-Maori farming enterprises.

Houpapa says because Maori are over-represented in a number of negative statistics, there is an expectation that some of that might come from Maori landholders or Maori asset holders.

“We are only one part of the story and it’s going to take a collective will and might across the full range of industries to turn that around. Perception is certainly a problem,” she told Rural News.

“We don’t hear about that, so the efforts of the media – like you – to raise the consciousness of Maori achievement in Maori agribusiness is critical. Maori need to start patting themselves on the back and saying we are actually doing quite well.”

Houpapa says there is no doubt dairying is offering the greatest returns at present, but she believes this means there are opportunities in sheep and beef to lift returns.

“Some of that’s around industry aggregation, some of that’s also around starting to look at market and value chain plays and those discussions are ongoing. They are not going to happen overnight and it does take a collective mind and will to make those changes.”

OPINION: Damien O'Connor is never one to shy away from speaking his mind and ruffling a few feathers, and in a nice way he did this at Federated Farmers’ conference last week.