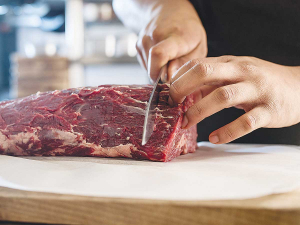 Analysis from the Meat Industry Association shows high levels of meat exports in 2020.

New Zealand's red meat sector exported $9.2 billion worth of products during 2020 – an increase of 1% on the previous year.

According to analysis by the Meat Industry Association (MIA), NZ’s overall meat exports during the year reached historically high levels – 7% above 2018 exports ($8.6 billion) and 21% above 2017 ($7.6 billion).

The top 10 markets for New Zealand meat remained unchanged during 2020. China continued to be the major customer, with exports worth $3.3 billion, accounting for 36% of total exports for the year.

Exports to Germany and the Netherlands decreased by 8% and 21% respectively, but the value of exports to all other of NZ’s top markets increased.

Beef exports rose in both volume and value, to 471,718 tonnes, worth $3.7 billion, with the US the top market, up 42% by value, to $1.4 billion. Beef exports to China dropped by 26%, compared to the record high levels of 2019, as other countries like Brazil increased their access to China. However, this was offset by an increase in exports to other markets.

The New Zealand red meat sector exported $9.2 billion worth of products during 2020, an increase of 1% on the previous year, according to an analysis by the Meat Industry Association (MIA).

A dramatically changing world, in terms of the global economy and consumer preferences, is the focus for a new ten-year Red Meat Sector Strategy.