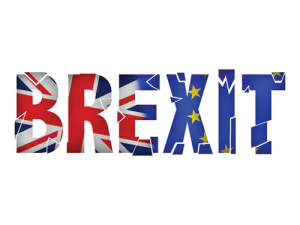 With a no-deal Brexit looming, NZ meat exporters face the prospect of paying tariffs twice on product going from the UK to the EU.

After March 29 the UK moves to WTO rules and countries with trading blocs set a schedule of tariffs with the WTO. The UK has said it has a draft schedule almost identical to that of the EU.

The EU tariffs are fairly low except for agricultural products which get very high for lamb or beef – in the 49-50% range, says Nick Swallow, NZ trade commissioner to London.

“Even though they have the same schedule it still means you have to pay a tariff if goods move between Europe and the UK,” he told a NZTE seminar on Brexit in Auckland last week.

A no-deal situation will come into force if the EU and UK can’t agree on Brexit arrangements before the March 29 exit date.

Outlining other considerations for NZ businesses exporting into the UK and EU if a no-deal occurs, Swallow warned of UK customs officials having a tide of new customs declarations to process and tariffs to collect.

Freighting delays with Britain are expected and some large companies are block-booking freight forwarding and trucks after March 29.

Delays at the border will be a threat and hard to quantify. Some NZ companies are increasing their UK stock capacity to allow for border delays ranging from six weeks to 18 weeks.

Swallow says businesses should check issues on contracts, data and the status of EU workers in the UK. He also urges them to verify packaging and labelling, shipping – especially in March and April – and terms of trade, and talk to their customers and partners in the UK or EU about how a no-deal Brexit may impact them.