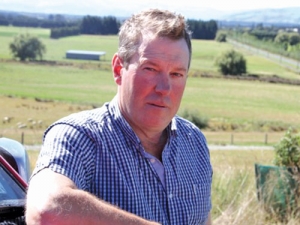 The lobby group has been around for three years – but McDonald has only chaired it since August – took a major blow to its credibility last month when farmers backed a Chinese takeover of SFF.

Many predicted it would lead to MIE's demise, with McDonald's resignation now adding fuel to the fire.

The Dipton, Southland, farmer said it was time for MIE to "take stock" of its future and for him to step aside.

"MIE has also reached its own crossroad and there will be the inevitable changing of the guard as some members of the executive retire and others chose to step up to the plate," he told Rural News. "This is simply to be expected.

"Others will also need to consider the time and effort required when one enters the ring and join the fight to promote farmers best interests".

In a statement, issued late last week, the remaining MIE leadership group said they will now: "take stock and reflect carefully on what its next steps should be that continue to hold farmers best interests at their core.

"One thing that MIE is convinced about is that this banker-imposed deal between SFF and Shanghai Maling will be a disaster for farmers in the long run."

They also issued a second statement saying they would continue to lobby for new legislation to overhaul the red meat sector.

MIE vigorously opposed the Chinese investment in SFF and called for it to merge with the Alliance Group. It (a mega meat merger) became MIE's reason for being, meaning its function was lost when farmers backed the SFF takeover.

McDonald confirmed the fine print on an agreement to overhaul the organisation was being thrashed out.

"We acknowledge that," he said.

Rural News also approached MIE advisor Ross Hyland and board member Blair Gallagher for comment. Both declined to comment, but also indicated a purpose change for MIE was in the wind.

McDonald, an Alliance supplier, said farmers – especially in the deep south – needed an independent voice, as the future of Alliance was now one of the most pressing issues for the sector.

"I will be happy to explain what our future will be once we have all agreed on what that should be," he said last week.