MIE has issues with SFF deal 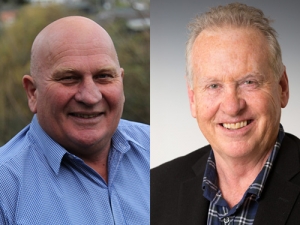 MIE says they have received feedback alleging a double standard shown by their endorsed directors over the SFF joint venture with Shanghai Maling.

John McCarthy and Ross Hyland on behalf of MIE say MIE understand the cleft stick situation the board of SFF and their endorsed directors found themselves in. The company says it appears endorsed directors had no room to move as SFF would likely have gone into receivership without the deal.

However, MIE still remains strongly and fundamentally opposed to the loss of New Zealand control that the deal represents.

The company says, as part of its core principles they've always sought to inform farmers honestly and to provide them with an unbiased view in order that they can make informed choices.

McCarthy and Hyland say the galling thing about the SFF process is that the Banker/Goldman Sachs imperative was, with all due respect to the well-intentioned and belated 'Rodwell initiative', the only game in town.

MIE however have been continuing to work assiduously behind the scenes and understand fully the reality of the importance around the SFF shareholder vote.

McCarthy and Hyland note that the SFF board trumpeted the 82.2% yesvote. What they fail to report with the same gusto is that only 66% of shareholders voted, meaning only 55% of total shareholders voted in favour of the deal.

McCarthy and Hyland say SFF handing over control of the company probably should have required a Special Shareholder Resolution to approve the deal.

If the SFF board had gone to shareholders on this basis, the Chinese deal would likely have failed to gain the shareholder mandate required by law under the Company's own Constitution, as that requires greater than 75% of all shareholders to have voted in favour.

McCarthy and Hyland say it is possible Goldman Sachs, the SFF Banking team and SFF's lawyers already knew this fact and realised that getting 75% would have been unlikely, adding, maybe the Financial Markets Authority and/or the Takeovers Panel should be reviewing this process.

In saying that, MIE says it would not have been ideal if SFF had been placed in receivership. MIE says there is still a window of opportunity as they count down through the OIO (Overseas Investment Office) approval process.

In addition, albeit a long shot according to McCarthy and Hyland, NZ First has a member's bill currently in the Parliamentary ballot called the Red Meat Industry Restructuring Bill.

The bill is loosely based on the MIE and banker developed 'Newco proposal'. If successful this will offer farmers a very real alternative to the Shanghai Maling deal.

If passed, the bill will also offer more money, as it enables making $301m available from the NZ Future Fund. The difference being that this proposal would keep SFF firmly under 100% New Zealand farmer control.

The first stage of the bill is to assess the farmer/shareholder appetite around committed supply. That is the core of the 'Newco proposal'.

McCarthy and Hyland says only then will farmers have truly been given a choice between either a 100% new co-op or the Chinese deal currently on the table for SFF.

"Only then will MIE hang up its boots."