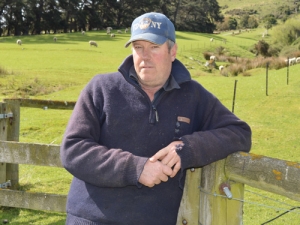 The future of farmer lobby Meat Industry Excellence is up for discussion, says chairman Peter McDonald.

With the Silver Ferns Farm vote over (held on Fri Oct 16, after Rural News went to press), MIE will soon be meeting with its core base of supporters to map out its future.

McDonald believes the ginger group has a role to play provided its objectives are clearly defined and agreed on by its supporters.

The farmer lobby has failed in its bid to get the meat co-ops Alliance and Silver Fern Farms to merge.

But McDonald does not believe the lobby group has failed and doesn't want it disbanded. He believes MIE must continue advocating for farmer suppliers and supplying industry information to members.

"In the meat sector knowledge historically was and is always held by the companies; farmers were told only on a need to know basis," he told Rural News. "And the meat companies always believe farmers need to know bugger all."

MIE will take its time in deciding its future. McDonald says this will allow the emotion arising from last week's decision to subside. "But we need to be sure about our objective going forward; we can't muck farmers around and waste their time."

MIE's main aim was to retain farmer ownership and the co-op structure within New Zealand – getting the two co-ops together and determining a vision for the shared future of the two co-ops. "It was a major disappointment that we never got to have that discussion," McDonald says.

He says a lack of "inspired leadership" by the co-ops is to blame. "We never had the needed leadership – someone standing up in one of those leadership positions and saying 'this is what we need to do'.

"All we've got now is the respective chairmen saying 'we tried our best'. I guess we will never know the answer to the 25-year-old question, 'would a collective future have been better or are we better apart?' "

MIE's take on the industry