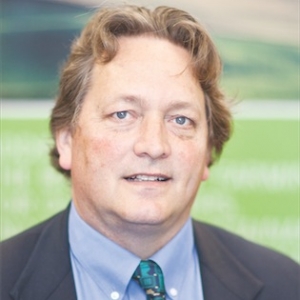 The hot dry weather has seen total fire bans imposed on many parts of the South Island and Wairarapa will soon have one, says Federated Farmers national vice president Anders Crofoot.

Permits are now required for fires in the open in Wairarapa.

Crofoot is the chief rural fire officer at Castlepoint, where he farms, and he says Wairarapa is having a typical dry summer.  Many farmers moved early to de-stock.

Fire is a real risk for farmers and when things ignite it doesn’t take long for a fire to take off. “In normal circumstances you might have a grass fire which goes on until it hits grazed pasture then it peters out. But when things get this dry it carries on a helluva lot further,” he told Rural News.

“When we have really dry conditions – low humidity and hot temperatures – that creates huge fire risks. So the bans are just trying to eliminate initial ignition. We have already seen a couple of fires by the side of the road, where someone was having problems and pulled off into long grass and the hot muffler started things.”

Getting adequate water is the biggest problem for rural firefighters. Crofoot says the difficulties occur when a fire starts spreading across big areas and it’s hard to get people and water to them.

“So well maintained pastures are a good firebreak. I’ve seen situations where the fire just came up to the grazed fence and stopped.”

But once a fire spreads into trees or bush the only effective way of putting it out is to use a helicopter with a monsoon bucket or a fixed wing aircraft with a fire retardant.

Future up in the air in Kaikoura

The roads to the south have mostly reopened but the uncertainty remains for the dairy farmers of Kaikoura following the November 14 earthquake.

Generators are being organised for dairy farmers in the upper South Island so that they could milk cows, says Federated Farmers North Canterbury Dairy chairperson Michael Woodward.

DairyNZ chief executive Dr Tim Mackle says while farmers in the North Island have taken a hit from the weather, in the South Island the dairy season started well.

A true terminal sire that’s gone in a hurry

Southdown breeder Chris Medlicott says farmers too often focus on the price per lamb instead of the return on kilograms of dry matter eaten.