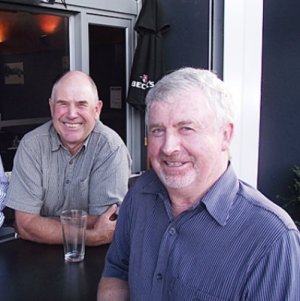 NZFE Trust chairman Jim Cotman says the name change is part of the ongoing evolution of the trust and better reflects "the long- term environmental leadership focus that the trust was founded on".

He says the trust will continue to evolve "and lead the sustainability debate from the front foot".

NZFE Trust general manager David Natzke says the name change, albeit subtle, will help clear up some of the confusion around the roles of the governing body and the Awards programme.

While the trust delivers the Ballance Farm Environment Awards programme, it is also involved in a number of other industry-good activities that focus on the promotion of sustainable farming.

However, under the trust's charter, all activities are linked back to and designed to benefit the awards programme. This programme has significant support from volunteers, sponsors and partners and is the leading Sustainability Awards programme in New Zealand.

In announcing the name change, Cotman paid tribute to the trust's past leadership, including former chairmen Bill Garland and Peter Nation.

Garland, a Cambridge farmer who led the trust from 2004, is fully supportive of the name change.

"There had been some debate about a name change in the early years, but it got put on the back burner," he says.

Garland and his fellow trustees helped grow the awards programme by winning the support of regional councils.

"The trust was set up to promote sustainable land use, so it made sense to have the regional councils on board because they were the local government agencies charged with protecting the environment."

The relationship between the councils, farmers and science was a "neat fit" and put the trust in a unique position of being able to promote environmental sustainability at the highest level.

The Ballance Farm Environment Awards programme is currently supported by eight "visionary" regional councils, who have become strong partners of the trust.

Garland says the great thing about the awards is that they make people think about what they are doing on their farms.

"It proves that decisions that are good for the environment are also good for business."

Nation, who took over the chairmanship after Garland, continued to grow the trust's support base by encouraging agribusinesses to become involved as sponsors and partners.

As well as providing ongoing recognition of the work farmers were doing, these partnerships were also good for the businesses involved.

Nation, who resigned as chairman in 2006, is pleased the trust has continued to find new commercial opportunities.

"Expanding into other aspects of sustainability is all part of the trust's evolution process."

Natzke says the trust will continue to form partnerships with agribusinesses and industry organisations while developing new strategies for the promotion of environmental sustainability.