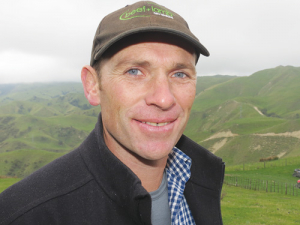 And the new approach is not without valuable precedent. The refocused strategy, with BLNZ directing promotional efforts to new markets, is similar to decades ago when North American and Japanese markets were targeted after Britain joined the European Union (then known as the Common Market), Ritchie says.

“It has been timely to re-evaluate what is appropriate for today’s environment – to see where is there market failure or a need for collective activity,” Ritchie told Rural News.

“The companies are well integrated into the mature markets, [so now] it is logical to have some sort of re-orientation of BLNZ resources into emerging markets, where it is important to lay foundations for the future.

“This is just as the BLNZ legacy organisations – the Meat Board and [similar] – did in North America and Japan decades ago.

“When Britain joined the [European Economic] Community there was a lot of activity in North America and Japan.”

Now it is logical to work together on marketing in the new markets “with that NZ story which underpins the value we can extract from a market,” Ritchie says.

“We must sell ourselves, the nature of our farming systems and our processes as all being part of our value proposition. It is entirely logical to do this on a whole-sector basis because there is a common message there – it is almost pre-competitive.”

BLNZ chairman James Parsons says development of a red meat sector ‘story’, capturing the culture, values and integrity long associated with NZ sheep and beef farmers, is the angle they aim to exploit, to differentiate NZ from its competitors in the international marketplace.

The story will build on NZ’s farming systems using free-range, grass-fed livestock farmed to the highest standards of animal welfare and authenticated through a national quality assurance (QA) programme. This will be developed through the Red Meat Profit Partnership (RMPP).

Ritchie says the story makes sense and will talk about NZ in the emerging markets seen as important to us in the future.

“The red meat sector story will be used by the meat companies in the mature markets as well. They will be able to integrate that into their marketing. It is collateral – it will be like a toolbox of stuff they can lift out and blend into their own story, talking about all the benefits of the grass, the water… all those positive things.”

The new initiatives are not unilateral; they will involve “both sides of the farmgate working together and looking at what is necessary for the future, [identifying] where there is market failure, and activity not being tackled. That would be for the long term benefit of NZ and the industry -- “in these new emerging markets”.

“It has been very timely to re-evaluate where the BLNZ market resource is focused and reorient this towards emerging markets. [Our aim is] to work closely with the meat companies – the people doing the selling, that is sensible -- and providing the collateral the companies can also integrate into their own marketing in the mature markets.

“This is positive: both sides working together, not taking a competitive position. It is in the long term interests of farmers, meat processors and meat marketers that we grow the industry and make it more profitable.

“We’ve had dis-investment over the last decade or so with the growth in dairy, so we’ve got to do everything we can to lift profitability and ensure there is a good future for all participants in the sector.”