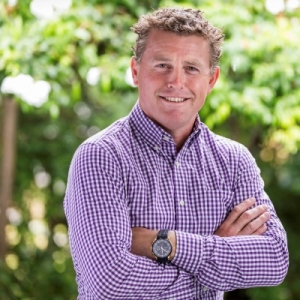 Drury, who is currently the general manager sales & marketing pipfruit at Turners & Growers Ltd, will take up the newly created position immediately.

Hulbert says: "This role and appointment builds on the recently developed corporate strategy where the increased focus and development of the Pipfruit category was identified as critical for the continued global growth and success of the company. Pipfruit is Turners & Growers largest category and accounts for a significant proportion of the company's revenue."

Over recent times there has been considerable work with the board dedicated to looking at how best to structure the leadership of the Pipfruit business to deliver the strategy, he says. Through this process the decision was made to move away from a structure where two roles lead the Pipfruit category, and to disestablish both the general manager pipfruit category and the general manager sales & marketing pipfruit roles.

In their place the new senior executive position, executive general manager pipfruit, was created with the objective of bringing increased coordination to the sale, operation and growing functions.

As the business worked through this process Tony Motion, the general manager pipfruit category, expressed his wish to pursue other opportunities outside of Turners & Growers. The company thanks Tony for his significant contribution to the Pipfruit category over the last 20 months.

Commenting on Drury's appointment, Hulbert states that Drury has extensive industry experience, holding significant positions in fresh produce export companies for over 25 years. Over the last 10 years Drury has developed a very strong understanding of the Pipfruit category gained while holding senior roles across the Delica and Turners & Growers businesses.

Hulbert adds "Through his time with the organisation Darren has forged strong business relationships with both our market partners and our grower suppliers. Drury's experience, insight and understanding of the entire supply chain and his vision for the expansion of the business will be extremely valuable as he leads the future development of our global Pipfruit category."

Getting fruit and veggies to kiwis in need

A new charity has been launched to get fresh fruit and vegetables to Kiwis in need.

The Government has declared a seasonal labour shortage across Hawke’s Bay.

ABOUT 40 pipfruit and kiwifruit growers in a concentrated orchard area of Motueka to Riwaka, west of Nelson, were affected by the Guy Fawkes-night hailstorm, says HortNZ president Julian Raine.

TURNERS & GROWERS have announced a significant joint venture with Unifrutti, with the two companies investing in the development of prime agricultural land in Piura, Peru.

THE WINNER OF the Young Horticulturist of the Year will be announced on Thursday night at the Grand Final on Thursday (November 14) at Auckland's Rendezvous hotel.